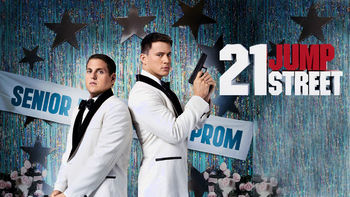 In this action-comedy based on the classic TV show, two baby-faced rookie cops go undercover to investigate a drug ring at the former high school -- where they're forced to revisit unresolved issues from their teen years.